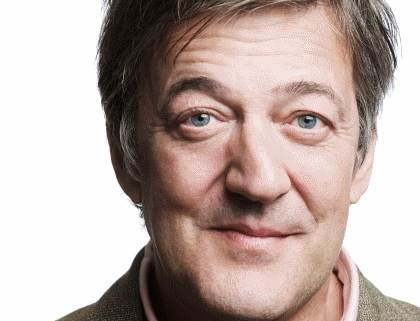 Writer, actor, presenter, and comedian Stephen Fry has lent his support to a new campaign which celebrates West Norfolk.

The renowned broadcaster, famous for work such as QI, A Bit of Fry and Laurie, Blackadder, Jeeves and Wooster and Peter’s Friends, amongst many more, is a former student of the College of West Anglia, and retains a house in the area. Of West Norfolk, he said:

“Ok, I lied about the hills. But there are slopes and rises to the ground that almost amount to hills. Truly.”

Mr Fry’s comments come after the Love West Norfolk campaign launched at the beginning of January.

The campaign, which aims to increase pride and aspiration in the area, is offering people the opportunity to share what they love about West Norfolk in a range of ways, including through social media and events. The purpose is to publicly celebrate all that West Norfolk has to offer, and find out what makes West Norfolk so special – feedback which will help to influence how the area is promoted in future.